Does Jesus miraculously turning water into wine at the wedding in Cana justify consuming Alcohol? 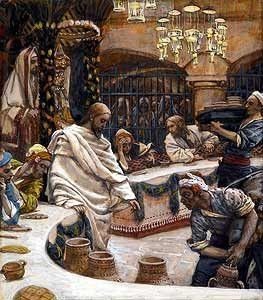 The miracle of Jesus changing water into wine (John 2) has often been cited as a reason for the use of alcoholic drinks. There is no evidence that the wine that Jesus made was intoxicating. What He made was fresh wine. Newly made wine isn't intoxicating until some time after the process of fermentation or decay has set in. There is not a hint that Jesus produced alcohol, which is a poison, a product of death and decay. There is nothing wrong with drinking newly made wne, the fresh juice of the grape. It is a wholesome drink. Dr. William Patton in his book Bible Wines, states:

"The Greek word for wine in John 2 is oinos...oinos is a generic word, and as such, includes  all kinds of wine and all stages of the juice of the grape, and somethimes the clusters and even the vine ...As the narrative is silent on the point, the character of the wine can only be determined by the moral influence of the miracle...."The moral influence of the mirace will be determined by the character of the wine. It is pertinent to ask, Is it  not derogatory to the character of Christ  and the teaching of the Bible to suppose that e exerted His miraculous power to produce, 60 to 126 gallons of intoxicating wine?"  Wine which according to the Bible is described as "a mocker" (Proverbs 20:1), as "biting like a serpent, and ''Stinging like an adder" (Proverbs 23:32) as "the poison of dragons," "the cruel venom of asps," (Deuteronomy 32:33) and which is the Holy Spirit had selected as the emblem of the wrath of God Almighty (Revelation 14:10). Is it probable that He gave intoxicating wine to the guests?  It would certainly contradict His own word if that was the case.  Unfortunately, those who take the changing water into wine as a justification to drink intoxicating alcoholic beverages lack the historical context of what wine meant in a biblical sense, furthermore ignoring what Solomon said in Proverbs.

Oops, you forgot something.

The words you entered did not match the given text. Please try again.

Start a Free Blog at Webs.com